From rocks to sand
Douz

Tour: Tozeur, the Sahara...
Between Douz and Ksar Ghilane 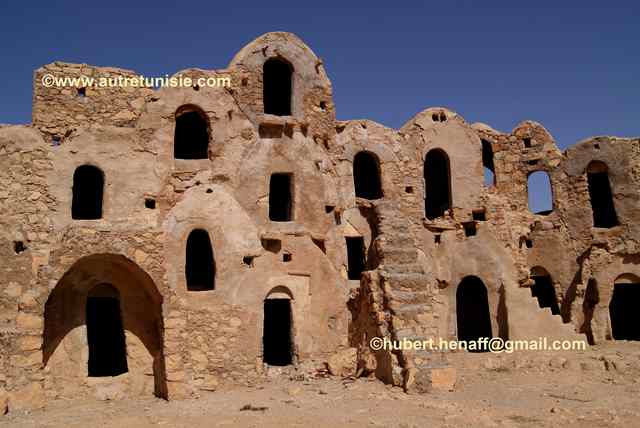 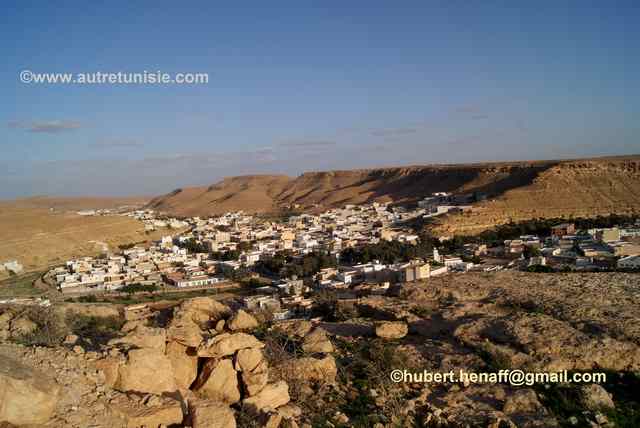 Take off to South Tunisia and experience the Berber civilization

Early departure. We leave Djerba by ferry toward Medenine (coffee break).We continue our trip toward Guermassa, considered as one of the most tremendous peak villages in the Tunisian southeast .Situated in some 10 km in the southwest of Ghomrassen, the ancient citadel groups an archaeological World Heritage complex. Then, direction toward Chenini. The village climbs along a cliff, reaching the ruins of a Ksar,at the top. Up there,the view is breathtaking ! Visit of a semi-troglodyte houses with a local guide.

Lunch at a boutique hotel.

… and their fortified granaries, the Ksours

After the traditional tea, departure to visit Ksar Ouled Soltane which ranks among the most remarkable ksours in Tunisia. Its special feature is the second yard from the 19th century, extending the first from the 15th century. Then we head toward Ksar Ezzahra, to admire a set of perfectly conserved fortified granaries, then return to Tataouine.

Dinner and night at a boutique hotel perfectly suited to the environment.

After breakfast, we take the road to Ghomrassen and to the rock paintings of Aïn Sefri Caves. Break and free time in Tataouine to taste and purchase the region’s pastry specialty: “gazel horns“. Break at the base of the cliff to take photos at Sidi Arfa Marabout landmark; the marabou sits atop a cliff overlooking the city of its height.
In “Tataouine-les-bains”, visit of a traditional craft village, (subject to opening) then visit of the local market.
Lunch at the hotel, and visit of the Earth Memory Museum (subject to opening) which demonstrates the presence of many dinosaurs in the region during the Mesozoic era. As we leave the city, we get to look at the former French military prison, closed in 1938, overlooking the valley. Some kilometers further, coffee break with possibility to have a camel ride in the dunes (optional activity with extra fee). Return toward Djerba island through the salt lake “Sebket el Melah” (Photo break). Arrival to Djerba island by the Roman roadway.